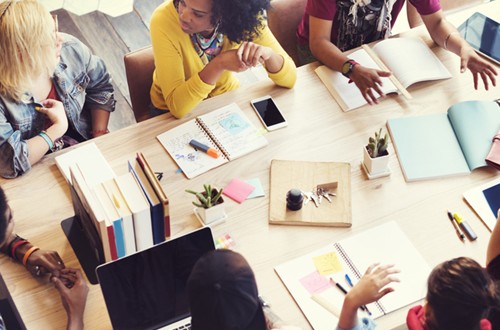 Businesses across the globe are expected to integrate more than 3 billion devices associated with the Internet of Things into existing internal workflows throughout the year, according to research from Gartner. Investments in enterprise IoT technology will top $964 billion as a result, furthering the sustained rise of wireless, web-connected fixtures fit for use within the organization. However, while these devices offer immense opportunity, they also come with considerable risks, most notably, susceptibility to cyberattacks.

Hackers conducted more than 42,000 digital strikes last year and oversaw over 1,900 data breaches, according to data from Verizon Wireless. Roughly 6,500 of these attacks involved compromised web applications, while another 5,700 were the result of physical device loss or theft. These figures point to the troubling reality facing prospective IoT adopters: Mobile technology presents an ever-present data security risk. Unfortunately, many companies with IoT devices in place fail to address this hazard. That is why 20 percent have suffered significant mobile data breaches, Check Point Software Technologies found.

That said, firms considering IoT adoption can avoid ending up in such dour data sets and adequately protect enterprise mobile devices by following some industry-standard security practices. Here are some of the most effective strategies in use today:

Consistent software updates
Modern mobile devices come equipped with advanced operating systems that provide ample protection against attack vectors of all kinds. However, these platforms must receive updates to maintain efficacy over time, as cybercriminals introduce new viruses and hacking methods every day. Sadly, many firms fail to consistently update company devices or encourage employees refresh their software when possible. The data security ratings firm BitSight Technologies evaluated the software usage habits at more than 35,000 companies around the world and found that 2,000 run 50 percent of their computers on outdated software. Another 8,500 have outdated internet browsers installed on roughly half of their devices.

This kind of IT negligence can have serious consequences, as the San Francisco-based, NPR-affiliated public radio station KQED learned earlier this month when hackers infiltrated internal networks via outdated computer software, according to the San Francisco Chronicle. The station's online operations were at a standstill for more than 12 hours due to the intrusion, which involved multiple devices.

Prospective IoT adopters can prevent such situations by simply ensuring that all devices contain up-to-date software with the proper base-level end-point protections.

End-user guidance
Data security experts have long proselytized that end users form the first line of defense against hackers and other digital infiltrators. This idea remains valid even today, when new sophisticated online threats seem to materialize daily. One well-placed Trojan horse certainly has the potential to do considerable damage to internal networks. However, all it takes is one savvy user to diffuse the situation and ultimately protect company data and systems.

Unfortunately, many organizations fail to equip employees with the knowledge they need to accomplish such a feat, according to research from CompTIA. In 2015, the technology group surveyed 1,200 American professionals on the data security awareness training they receive on the job. Approximately 45 percent said they had not received such instruction at work. Respondents also attested to worrying habits like using public internet networks to transmit sensitive information and failing to activate available two-factor authentication methods – actions that lay the groundwork for data breaches and digital intrusions.

It is up to employers to address these behaviors and give employees guidance on how to protect themselves and the organization as they take advantage of IoT technology.

Top-to-bottom IoT security support
Integrating IoT devices into existing workflows is an expensive and disruptive process. Company financial teams must take into account not only hardware and software costs but also expenses stemming from production slowdowns. Of course, most adopters are more than happy to suffer these budgetary setbacks if it means facilitating increased productivity and scalability. Even so, after allocating the funds needed to cover these costs, chief financial officers normally turn off the cash flow. In many cases, IoT implementation budgets do not cover extra security costs, as executives believe internal IT personnel can secure the new devices with existing technology. This is a mistake.

IoT features require enhanced protections that fall outside of the purview of most internal IT professionals, TechCrunch reported. Enhanced mobile management platforms equipped with around-the-clock monitoring features are required – as are updated data storage and encryption services. In-house technology specialists cannot possibly facilitate these defenses with the systems on hand. Businesses must take this variable into account when formulating IoT adoption plans and budget for the extra security needed to defend connected devices.

With these strategies, organizations can effectively protect IoT fixtures and mitigate the risks that come with the technology.

Is your organization on the verge of adopting IoT? You may consider embarking on the IT modernization journey first, giving your IT operations team the tools it needs to support cutting-edge enterprise devices. The Inventu Flynet Viewer, a screen integration platform, eases the IT modernization process, meeting the needs of businesses and employees in a way that feels both familiar and simple.

Connect with us today to learn more about this solution and the other products included in our catalog.