Survey: Most retailers do not have automated logistics What devices shouldn’t be a part of your BYOD policy? 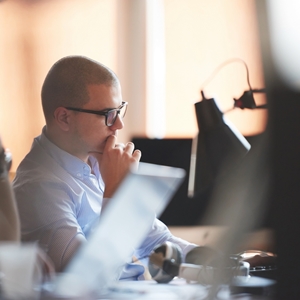 Legacy systems still a part of government IT access

Information from Analytics.usa.gov shows the most recent statistics surrounding government website access within the last 90 days. These figures show older software and hardware options among the frequently used systems.

"Internet Explorer was used in 21.8% of government site visits."

As of this writing, the most commonly used device to access government sites within the past 90 days was a desktop, which accounted for more than 64.5 percent of the visitors.

Just a little more than 55 percent of these users ran Windows instead of iOS, Android or another operating system more fit for mobile. In comparison, mobile devices only made up 28.1 percent of the accessing users, and just 7.3 accessed these sites on a tablet.

While Chrome appears to be the most popular browser for those who visited the sites, the figures showed that Internet Explorer was used in 21.8 percent of the visits. Most of these involved Explorer 11.0, and almost 7 percent used older versions between 7.0 and 10.0.

However, the type of device and OS you use may make a deciding difference. In a recent article for ZDNet, Steven J. Vaughan-Nichols submitted major browsers to a series of benchmark tests for Windows 10. He concluded that the best choice was down to either Chrome or Edge, the new heir to Internet Explorer.

"Taken all-in-all, Chrome's my first pick for Windows 10," he said. "However, I can see why some of you would prefer Edge." Vaughan-Nichols added that he was "told by friends at Microsoft that the company is putting lots of resources behind it. By this time next year, Edge may be the unqualified best Windows 10 web browser, but it's not there yet."

When preparing for greater network access, companies can rely on a web based terminal emulator that is flexible enough to meet the latest requirements and trends.