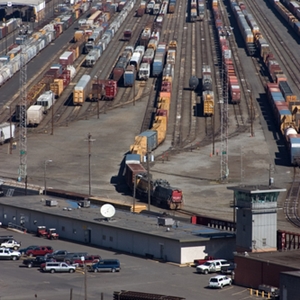 A report card for 2015 shows the year's railway rankings, as evaluated by various agricultural shippers. According to the Soy Transportation Coalition, which recently released the report card, the results draw from eleven different survey questions, which placed the seven North American railways in order of customer satisfaction.

At the top of the list is Union Pacific Railroad, placing above the Canadian National Railway, as well as BNSF Railway, which placed second. The report noted that railroads generally placed 15 percent higher for punctuality in 2015 than they did in the previous year. A separate source, Seeking Alpha, notes that grain carloads were nearly 3.5 percent higher during this time as well.

"Respondents ranked the different railroads on a scale of 1 to 10."

While the survey questions themselves were not revealed, it is stated that respondents ranked the different railroads on a scale of 1 to 10 as part of many of the individual questions. In the STC release, executive director Mike Steenhoek explains how BNSF in particular managed to rebound after disappointing performance in 2014.

"A particularly severe winter, competition from crude oil, and other contributing factors resulted in many agricultural shippers throughout the country experiencing a significant downturn in rail service," he said. "Fortunately, BNSF responded by not only investing in new capacity but also aggressively communicating with their agricultural customers. Rail service will never be perfect, but the picture has significantly improved from 2014."

An easily accessed, full-function web-based mainframe terminal emulator can give operators the freedom to access key applications as new devices appear, as many need to access with phones and tablets.