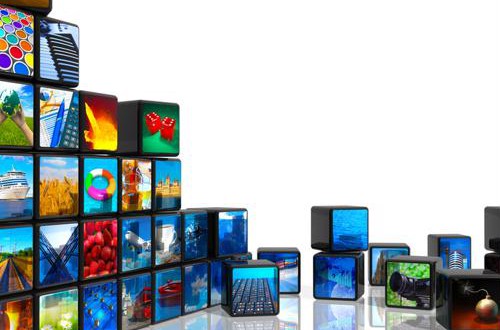 Google plans to end support for Chrome apps by 2022

With the increased use of web-based extensions and applications, Google has announced in a Chromium blog post that it will end support for its Chrome apps on many platforms.

Starting in June 2020, Mac, Windows and Linux users will no longer be able to use these applications, while access for Chrome OS users will be phased out in 2021, as well as for NaCI, PNaCI and APIs. App support for all customers will cease at the end of June 2022, although developers will still be able to update their products until that date.

In his TechTarget blog, industry analyst and expert Brian Madden explained that the move is to encourage all existing Chrome app subscribers to access their products via progressive web apps, browser extensions and extension-enhanced web pages, among others. Google has not announced plans to end support for Android apps downloaded from the Play Store, therefore they are also a viable alternative under the circumstances.

In recent years, there were signs that Google's plan to end native app support would come to fruition. For example, RTT News reported that the Chrome apps section was removed from the Chrome Web Store at the end of 2017, and the company had initially planned to replace Chrome apps with PWAs in 2018, per XDA Developers. Google announced even before then in 2016 that it would end support for packaged and hosted apps on operating systems other than Chrome OS (used by only 1% of the latter at the time) by 2018.

According to Android Police's David Ruddock, Google's release of Chrome OS on compatible devices at the beginning of the 2010s was a promising concept, yet one that was premature in the order of technological development. For instance: a WiFi connection is required to use many of Chrome OS's defining features, and this luxury was not yet as widespread – and taken for granted – as it is today. As a result, the products experienced a number of glitches and headaches in their early years, Ruddock noted.

Another factor that has compounded issues for Chrome OS users is the operating system's less-than-optimal selection and shortage of native applications; it is especially lacking in important tools such as photo and video editors. To make matters worse, Android applications – designed for use on smartphones and tablets – downloaded from the Play Store perform poorly on Chrome OS.

"Performance is highly variable, and interface bugs are basically unending because most of those (Android) apps were never designed for a point-and-click operating system…But Android apps, so far as I can tell, are basically the plan for Chrome," Ruddock observed.

Since its release, Chrome OS has stagnated in regard to innovation and growth, with only a 6.5% share of the U.S. personal computer market and a heavy focus on the education sector. Educational users, in particular, will have the ability to request an extension for Chrome app support beyond the 2021 Chrome OS cut-off until the developers' update deadline of 2022.

What are my options when app support ends?

While Chrome app support termination may come as an inconvenience to users, they can rest assured that there are other options available. Google has published its own guidance for Chrome app migration, which places an emphasis on web-based alternatives to which data and functionality can be transitioned.

Extensions
Web extensions are one solution recommended by both Google and Madden, which can be used in the form of browser action buttons and to create extension-enhanced web pages. A downside to this route is that extensions are only limited to the Chrome browser – therefore Firefox and Safari users, among others, need to be made aware of this.

Applications
Aside from the loss of native Chrome apps, those who are comfortable with an application-based Chrome OS experience do not have to worry. Web applications have been an ever-present solution for many years, while progressive web apps are Google's top recommendation. Unlike traditional web apps, PWAs provide a more app-like experience by eliminating the address bar and allowing access through desktop shortcuts, according to Madden.

Google currently has a method to prompt users from within Chrome apps to install alternatives to which migration will occur, such as PWAs. The tech giant seems to have a particular focus on PWAs, as it is developing a way in which they will automatically start like regular desktop apps when Chrome OS is booted up, Android Central reported in January.

Remote desktop
Last, but not least, is the option of using a remote desktop application to run through a Chromebook, particularly from Windows OS using a virtualization platform, according to Madden.

Here at the Inventu Corporation, we equip organizations of all sizes with a revolutionary terminal emulation tool called the Flynet Viewer. This solution allows developers to craft reliable and safe software using clean HTML and JavaScript hosted on secure Windows servers. All in all, the Flynet Viewer supports streamlined IT modernization and meets employer and staff expectations in a way that feels both familiar and simple.