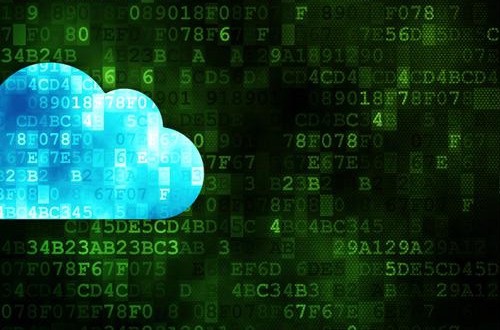 Perhaps one of the biggest roadblocks to the widespread business adoption of cloud-based IT systems has been a noted aversion to the concept in favor of existing tools and methods comfortable to employees, according to BizTech Magazine. Yet today, organizations as a whole are beginning to warm to the idea of using cloud services such as Google's Chrome OS for their security and simplicity.

This year, the tech giant released Chrome Enterprise, an official line of products and services specifically designed for business usage. At this year's Google Next '19 conference, CE Group Product Manager Cyrus Mistry said that his service's offering of Chrome OS-based products is best suited for organizations that prioritize cloud-based IT operations and require "enterprise-class" quality in particular. Among others, some major businesses that use Google Cloud-based products and services (including Enterprise) are Bloomberg L.P., Target, Twitter and 20th Century Fox, according to Google.

Whether your organization's IT system is based in the cloud or is seeking to expand its capabilities into the area, there are a number of reasons why industry experts recommend switching over to Google's Chrome OS today:

Why should your business or organization use Chrome OS?

As they have been released over the years, Google products such as Chromebooks have dominated the educational IT market compared to other sectors and industries, according to Mistry – they hold roughly 70% of the market share. Computer World reports that Chromebooks in particular comprised 58% of the U.S. K-12 market's laptop shipments in 2016 – an increase of eight percent compared to the previous year. The use of Chrome OS-based IoT devices has been expanding outside of education, with a 33% growth in sales to organizations in other sectors since 2017, Mistry added.

With entire generations of children attending public schools learning using cloud-based information systems from young ages, one benefit of switching to Chrome OS is that new, young workers will not need any associated training. (The broad use of Google products in public schools has been referred to as the "Googlification" of classrooms.)

Increasing adoption by global enterprises
One of the most commonly noted benefits of adopting Chrome OS and associated IoT devices among experts includes the fact that more and more organizations today are using the operating system; according to Computer World. Most notably, Chrome OS has overtaken Linux as the "third OS" option for enterprise use as opposed to Windows and Mac OS, according to recent global computer system sales data. Since 2015, 1% of annual global PC shipments have been for Linux machines (down from 3% two years before), while Chrome OS comprised 5.5% of deliveries in 2017 with the expectation it could have an 8% share in 2021.

G-Suite accessibility
There are few other cloud-based services that offer work and other productivity tools that are quite like Google's G-Suite – which had over 70 million users as of 2017, according to Tech Crunch. Users can sign up for basic accounts that provide them access to their own email account and collection of free applications, tools and services – including a cloud-based storage drive (for which additional space can be purchased). When it comes to the adoption of Chrome OS products, enterprises may find that the transition for employees who already use G-Suite is more seamless than first predicted. Many older and existing internet-connected tools not specifically designed for use with G Suite at workplaces are still capable of using the service – even computers that run on Windows rather than Chrome OS.

At Gordon Food Service, for example, end user experience lead Jeff Johnson explained that the company adopted G Suite as a part of the company's push to improve its collaborative capabilities and transition to cloud-based IT. While only a relatively small number of Chromebooks are used at GFS, about 17,000 of its employees use G Suite and over 80% of those use it as their primary work service, according to BizTech Magazine.

"Cost avoidance was a huge issue…Many of our (product) licenses were running out and it was time to renew them. This was a great opportunity to re-evaluate that," Johnson explained.

Enterprise-quality security and user management capabilities
One noted benefit of Chrome OS device usage is that the system offers administrators a number of security and management options, such as the ability to monitor and control hundreds or even thousands of devices quickly and efficiently.

Among other management features, Chrome Enterprise supports single sign-on, organizational policy enforcement and third-party services to further facilitate a Chrome OS IT system's user devices, according to Google. An example highlighting Chrome OS's end user management capabilities is Mistry's assertion that several enterprises that each saw company-wide deployments of over 100,000 Chromebooks were able to do so without hiring any new IT employees.

"Businesses love the idea of a simple, secure endpoint," Mistry told those in attendance at the Next conference.

Here at the Inventu Corporation, we equip organizations of all sizes with a Chrome/OS compatible terminal emulation server called Inventu Flynet Viewer. This solution includes support for Google Sign-In and allows organizations to deliver browser-based terminal emulation using clean HTML and JavaScript hosted on secure Windows servers. All in all, the Flynet Viewer supports streamlined IT modernization and meets employer and staff expectations in a way that feels both familiar and simple. Contact us today or review our extensive product catalog to see how Inventu can help you move from desktop or Java terminal emulators to Chrome/OS!