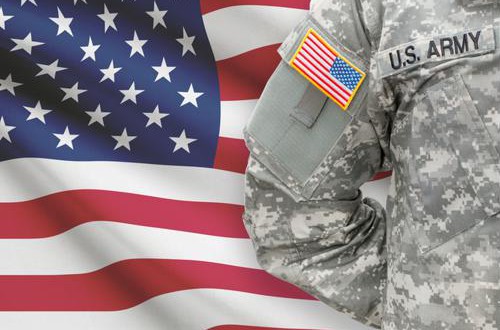 Army IT modernization plans could be delayed

Field plans related to the US Army's goal of modernizing its IT infrastructure in coming years could be hindered with the further extension of a continuing resolution that does not allow for any funding for the project, according to C4ISRNet.

With an already "flat" year-to-year budget, the CR has been extended through Nov. 21 after Congress failed to pass a new budget appropriations bill at the start of the 2020 fiscal year on Oct. 1; starting new programs (including the Army's modernization project) is not allowed under such resolutions, according to FedScoop. In the event that a CR continues past the deadline for the current one, C4ISRNet reports that the branch would need to reformulate its three scheduled field tests for next year because new equipment would not yet be usable without the upgrades.

Nearly all of Army's 300 bases worldwide in need of upgrades

According to Federal News Network, the Army intends to invest approximately $700 million to update its IT network through fiscal year 2025, with "seamless access to data in the cloud" being the "foundation for the entire modernization effort," as Secretary Ryan McCarthy explained to the news provider.

Upgrades will eventually be made to all of the branch's 288 bases around the globe, the majority of which are in need of upgrades to their outdated enterprise IT systems, yet due to budget constraints exacerbated by the CR and legislative stalemate, the branch's modernization plan calls for immediate updates to only a handful in the near future.

"The intent is to move from the industrial age processes to the information age leveraging data as a strategic asset and utilizing private-sector technology….(the cloud is) scalable and brings computational power into the hands of our soldiers. We will manage big data, employ AI-enabled tools in earnest without sacrificing security or cyber-resilience," McCarthy stated.

In September, C4ISRNet reported that the Army awarded prototype contracts to three companies for enterprise technology-as-a-service at a cost of just over $30 million: Microsoft ($18.2 million), Verizon Business Network Services ($9.7 million) and AT&T ($5.6 million). According to the Army, the EITaaS is intended to equip the branch with "computing, common IT services, hardware, software and networking infrastructure."

Along with implementing the use of 5G, the modernization plan further intends to bolster certain soldiers' communications capabilities by reshaping its signal corps to create expeditionary signal enhanced battalions, which provide support to units without "organic communications capabilities," according to C4ISRNet. Another article published by the outlet explains that the Army will conduct 5G pilot programs at 13 installations across the US "partnership with the Pentagon and other services."

With the most recent announcement, the Army's delay in testing and modernization of its enterprise IT systems could certainly hinder or even compromise the secure flow of information amongst U.S. servicemen, as well as allies.