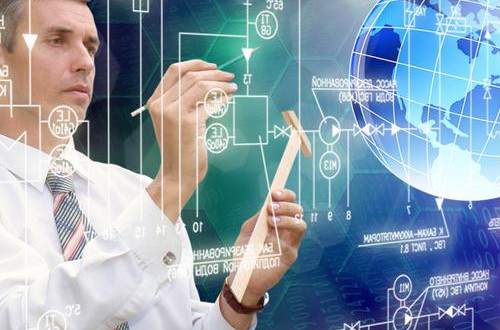 Why Digital Transformation Is More Than A Buzzword

Companies that don't update their legacy applications could find that they are inadvertently putting up internal IT roadblocks to digital transformation.

A recent survey of a combined 500 IT companies in the United States and the United Kingdom found that an over-reliance on legacy IT systems was one of the more significant challenges that organizations face. The survey, conducted by UK-based market researcher Vanson Bourne and cited by eMarketer, said that 55 percent of respondents believed that a commitment to digital transformation was being undermined by outdated hardware and software.

In addition, the survey said 51 percent of respondents believed that internal politics or cultural resistance to change was causing issues for teams or individuals charged with IT modernization. One element that was making it difficult for IT decision makers to implement change was the workforce itself, the survey noted, with people used to the systems that they interact with on a daily basis.

There is a consensus that digital transformation is likely to be one of the biggest challenges facing companies in the not-so-distant future, but there is no doubt that as business needs change, so must IT. Over the last 24 months, the need for companies to ensure that their IT infrastructure is able to cope with the demands of a digital world has become more acute, so much so that investment in digital transformation is expected to form the bulk of all IT spending in 2019 – around 78 percent, according to the International Data Corporation.

The caveat is that outdated and legacy IT infrastructure is the leading impediment to successful digital transformation, a recent survey by IDG Research said, outranking both data privacy and security concerns.

Around 64 percent of 200 U.S-based respondents to the survey said that legacy systems were proving to be a huge hurdle to jump, with 51 percent of IT executives admitting that their transformation efforts have either stalled or been abandoned completely. Companies and IT decision makers need to understand that the challenge of change is, IDG said, one of IT transition rather than just another modern hurdle to take into account.

"The magnitude and complexity of the IT transformation required by businesses can be staggering," IDG noted. "But, those who don't take action risk falling behind. IT transformation is a journey. IT leaders will face challenges and uncharted waters throughout their journey. However, IT leaders must persist—no matter the challenges—and play a strategic role in advancing their business in the digital age."

Removing the reliance on legacy IT

Digital transformation is seen as a necessary part of customer experience, albeit that the former is already considered to be just a buzzword or marketing jargon. In fact, the digital world that we now inhabit has forced companies to harness the capabilities and advances of emerging technologies, irrespective of how digitally-ready a company actually is.

For example, a Gartner Research report said that eight out 10 corporate legal departments are unprepared to support digital initiatives within the company. According to Gartner, there is already a growing concern in the legal field that digital business efforts are being slowed by the aforementioned reliance on legacy IT systems, with traditional working practices often overshadowed by a need to keep pace with digital projects.

"General counsel are concerned that existing legal and compliance practices are incompatible with the speed at which digital business operates," said Abbott Martin, research vice president at Gartner, in a press release. "Most attempts we have seen to remedy this don't strike the right balance between responsiveness and appropriate risk management; few legal departments have developed a comprehensive framework for digitalization."

What has become increasingly clear is that digital transformation is no longer a buzzword, especially in a rapidly evolving tech-driven marketplace. Rather, the concept has become an integral part of ongoing business strategy and a priority for IT teams and decision makers.

Let's not forget that the digital society that we inhabit has encouraged people to change the way they work, rest and play, so it would be churlish to assume that business leaders are not already focused on emulating that in the workplace.

Companies are having to unlearn what they did in the past and adapt to a mindset that places digital practices first and foremost. This means, for instance, that all departments have to be digitally aligned with central business functions, especially when you consider that—thanks to the ubiquitous computer in the pocket—customers are fully engaged with the so-called digital economy.

With that in mind, there is a demonstrated need for companies to gain a competitive advantage through digital transformation initiatives. This action will necessitate a departure from monolithic IT legacy systems to more nimble and agile forms of working. As a result, established digital technologies such as machine learning or cloud-based solutions will both maximize investment and allow organizations to respond quickly to market demands.

Ultimately, digital transformation is about pulling the right technology levers at the right time. The hype surrounding the need for companies to move on from legacy IT systems has been constant, but the evidence that the concept is more than a buzzword is set in stone. And that means that the word "digital" must no longer be simply implied, but also integrated into every aspect of the business.

The Inventu team is here to help with your transformation. Our Flynet Viewer, for instance, simplifies screen integration and makes the modernization process easier for both employers and staff. For more information as to how Inventu can bring your legacy IT applications up to speed, visit our product page. Alternatively, reach out to our consultants and request a free trial.