Updating educational administrative systems What risks will Java 8 bring with it? 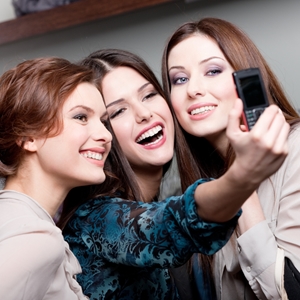 The number of consumers worldwide who are making use of mobile devices for computing is reaching staggering numbers, according to Cisco. In the executive summary for the company's "Global Mobile Data Traffic Forecast Update," recently released on its website, the company alleges that the amount of mobile data accessed during 2013 jumped up by 81 percent.

The summary contains other eye-catching pieces of information that spotlight the importance of mobile platforms. As of 2013, there are now 7 billion mobile users, and the report projects that the average smartphone will be responsible for nearly 3 gigabytes of data every month five years from now.

Writing for SingularityHUB, Jason Dorrier notes the trends that are perhaps behind such increased usage. "As much as it's about connecting people to information, it's increasingly about connecting devices to computing power," he writes.

He also points out that there are enough mobile devices in circulation now to roughly accommodate every person on the planet, and Cisco predicts that we will be outnumbered by these phones as early as next year.

Companies that have important legacy software they don't want to leave behind need to consider the way they can use a terminal emulator to capitalize on the surge in these other portable devices. If this same pace of development is sustained, expanding the amount of people who could possibly access your software and its functionality might be a necessity.

Cisco is also predicting that in 2018 "54 percent of mobile devices will be smart devices." Converting your previously neglected web-based terminal emulators that are incompatible with Mobile to a pure HTML and Javascript terminal emulation solution like Flynet Viewer could be a means of staying afloat in the event that this happens.